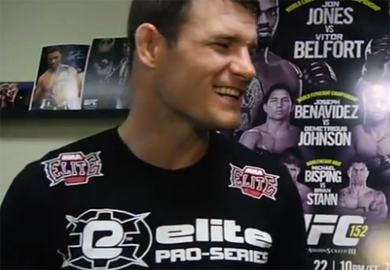 “I like to play with it and say I’m hated everywhere I go,” said Bisping with a smile on The MMA Hour. “But to be honest, that isn’t the case. I think you get a lot of people together, and there’s a pantomime effect, the ol’ boo or whatever. But generally, for the most part my interactions with the UFC fans, they’re always positive.

“Certainly on Twitter, everyday I almost get 20 messages with people saying, ‘You know, I used to absolutely hate your guts, and now you’re one of my favorite fighters.’ So that’s nice. Obviously it’s always nice to be appreciated. But it’s not necessarily anything I’ve consciously done or changed. I think maybe, just over time, people are warming a little. Who knows?”