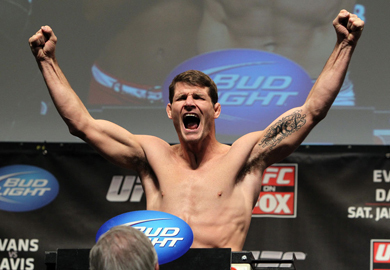 “I can understand it from a business perspective because Chael sells,” Bisping said.

“But it’s frustrating because I’ve been waiting my whole career for a title shot, and the guy’s had three out of his last five fights be title fights.

“But I do understand and it’ll be a great season of The Ultimate Fighter.”