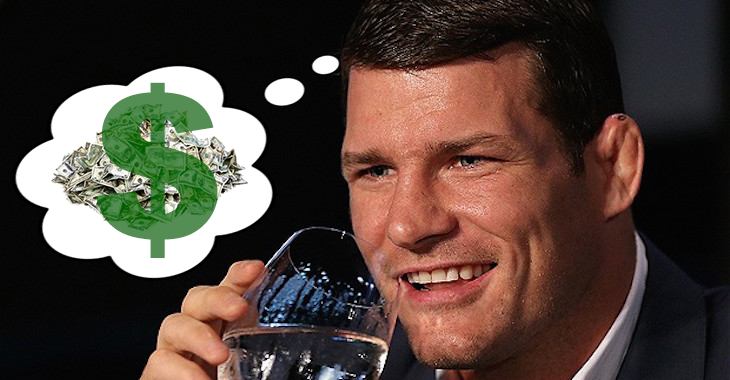 Michael Bisping is walking into his bout with CB Dollaway with dollar signs in his eyes. If Bisping walks out of the octagon at UFC 186 with his hands raised, he will have earned the more money than any single fighter over the course of their UFC career.

In a list released by by, it was confirmed that “The Count” is about to topple Anderson Silva as the top earner in UFC history. There are some rules, however. The numbers below only reflect the payments made from UFC 46 on as athletic commissions did not start releasing fighter pay until 2004.

The numbers below take fighter salaries AND bonuses into consideration, but not “locker room” bonuses. While some commissions do not release the fighter salary, the fellows over at MMA-Manifesto took projected pay while creating this list.