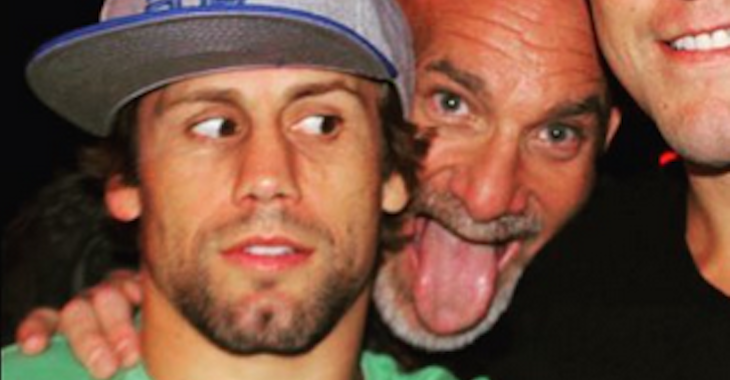 The worlds of pro wrestling and MMA often clash in the strangest of ways. UFC’s Urijah Faber and Nick Diaz were at the GLORY fights earlier in the summer and ran into former WWE and WCW world champion Bill Goldberg! Goldberg is a spokesperson for GLORY Kickboxing in North America, but is still down to have a fun time at the shows! Check him out photobombing Nick Diaz and Urijah Faber’s picture together!

Faber has been sitting on the sidelines while filming the upcoming season of “The Ultimate Fighter” with Conor McGregor. While the two will not fight at the finale in December, rest assure that sparks will fly throughout their season.

Who do you think will come out on top on the twenty-second season of “TUF”? Will Faber and the Americans win, or will McGregor’s team walk out on top! Share your thoughts in the comment section below!