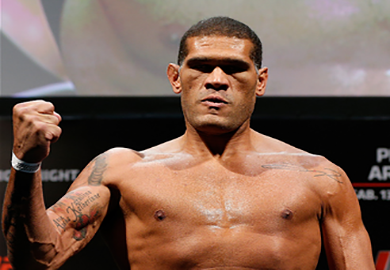 Antonio Bigfoot Silva returned from a nine month suspension earlier this month and suffered a quick first round KO at the hands of Andrei Arlovski, who was a major underdog in the fight.

Bigfoot was one of the many victims from the TRT ban, and as a result was suspended nine months after his Fight of The Year candidate bout with Mark Hunt.

He spoke to MMAFighting.com briefly about the surgery to remove his Pituitary gland removed as a result of Acromeagly, a disease Bigfoot suffers from.

“I should leave the hospital [next] Monday,”

There is no immediate timetable for Bigfoot’s return to the cage.