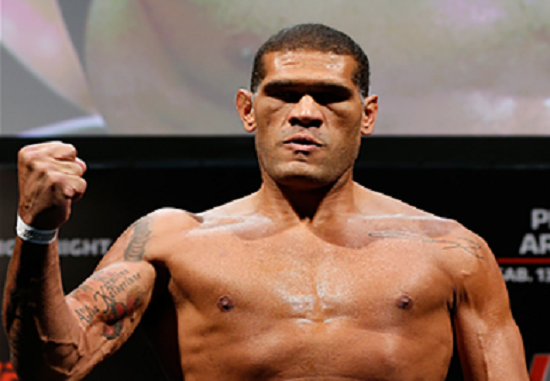 Former UFC title challenger Antonio “Bigfoot” Silva is ‘absolutely sure’ that fellow Brazilian and former UFC middleweight champion Anderson Silva is not guilty of anything. As a matter of fact, Silva believes that it is likely the doctor who is to blame and that “The Spider” was the ‘victim’ in this doping. His words (via Globo):

“I am absolutely sure that he is not guilty of anything. I think he must have made use of something on the orders of the doctor. He was the victim in this doping. I think people upstairs (the Commission) need to see that. It is not the first case of this doctor (Marcio Tannure). They need to see who the athletes are and who is leaving these problems.”

“I had a problem with this doctor and I ended up being suspended nine months for doping. It was the time of the TRT. I made an application to replace the hormone at the time and was released. I knew what he was doing completely and it was allowed, but he gave me a higher dose than my body needed. No evil desire, but do not want on my side.”

In 2013, “Bigfoot” tested positive for elevated levels of testosterone after his epic five-round war with Mark Hunt. He was consequently suspended and blamed Dr. Tannure for not monitoring the drug properly.

“The Spider” himself has not yet accused Dr. Tannure of any wrong doing. With that said, perhaps it could become an angle of defense for Silva in the future.

Do you agree with “Bigfoot”? Is there a chance this could be the doctor’s fault? Sound off Penn Nation!