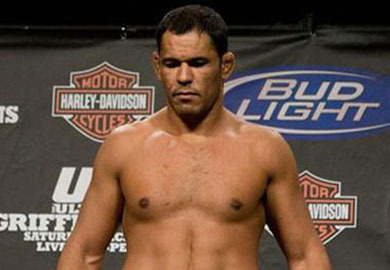 When Antinio Rodrigo Nogueira (34-8-1 MMA, 5-4 UFC) tapped out to Fabricio Werdum (17-5-1 MMA, 5-2 UFC) at the UFC on FUEL TV 10 event earlier this month, many fans thought that “Big Nog” had tapped too quickly, possibly over cautious due to the arm break he suffered at the hands and hips of Frank Mir at UFC 140.

However, multiple reports from Brazil are stating otherwise. It has been confirmed that Nogueira suffered a torn ligament in the Werdum fight, and will once again require surgery. Rodrigo himself used his social network to confirm the information. The fighter will have surgery in São Paulo, and is projected to need eight weeks of recovery before he can return to training.

Following his second-round submission loss to Werdum, “Big Nog” had an X-ray in Fortaleza, which ruled out a fracture. However, last Tuesday, the fighter underwent an MRI in Rio de Janeiro, which detected when the torn ligament in his left elbow.