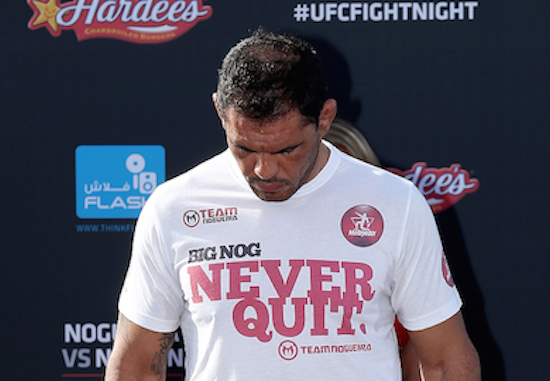 “I’m fine now, coming back from a previous injury, already training slowly, doing the physical part. I returned slowly to technical training, but I want to be good next year. I want to fight again in April or May. I’m thinking of ending my career next year. I want to have two more fights, although there’s no one specific yet to face. I’m ready to fight anyone. We’re elite athletes, high-performance, so I can fight anyone, but there’s no specific fight that I want.”

In a recent interview with The Brazilian Media, “Minotauro” Nogueira talked about his exit plan, wanting two more fights next year before calling it a career.

Who would you like to see “Big Nog” fight in his final UFC run?