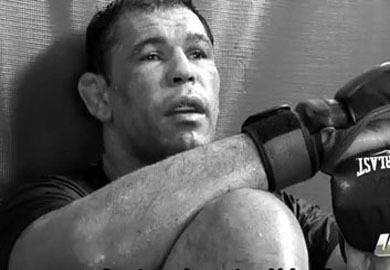 “Fractured my rib three weeks ago on my right side. I went to the doctor, I took a local anesthetic to be able to train and when he (Dave Herman) gave me a shot there, gave me a shortness of breath and took a swung from one side to the other to see what had happened, had broken. There was a big break, but got scared when the kick hit him.”

Antonio Rodrigo Nogueira, the man known to many as “Big Nog” recently told Brazilian media outlet, Sensei Sport TV, that he walked in the cage with a rib fracture in Rio.

During the fight the rib broke even worse, but that apparently didn’t stop the former interim heavyweight champion from getting the fight to the ground and submitting Herman.