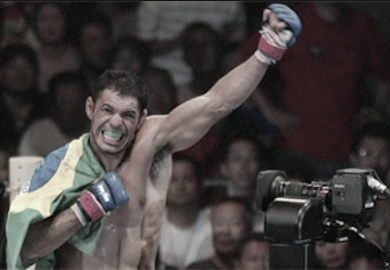 “I still have four fights left in my contract. Until the end (of the contract), I don’t think too much about the future. It will depend on the results of my fights. I don’t want to keep losing too many fights. I think I have two or three years left. I’m almost 38, and I don’t want to fight after I’m 40. I don’t have a date (to fight again) yet. The UFC said five names, and I believe I’ll be fighting again until May. I’ll be ready in three months. Unfortunately, they didn’t offer Frank Mir. I would like to fight him. In our last fight, I was kicking his ass and he came back and got my arm.”

MMA legend, Minotauro Nogueira, recently told the folks over at MMAFighting.com that he will be leaving the sport before he starts to lose too many fights.

When he does hang them up it will signify the end of an era. Until that time though, let’s enjoy the fights he puts on inside the cage.