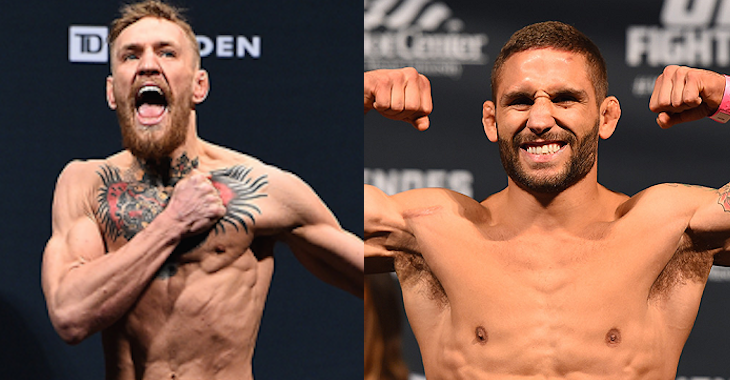 UFC Featherweight Champion Jose Aldo is still scheduled to step into the octagon to defend his title against Conor McGregor at “UFC 189”. However, Chad Mendes is on call as a stand by to face McGregor in July in case Aldo is not medically cleared to compete in the main-event.

If there is the SLIGHTEST chance Conor McGregor/Chad Mendes will happen, you can guarantee that the bookies have already created odds for it. Mendes has opened up as a slight favorite over #3 ranked Conor McGregor!

This is the third time McGregor has been labeled as the underdog on the opening lines. Do you think the odds will eventually sway in his favor, or will Mendes remain the favorite? Share your thoughts in the comment section below!