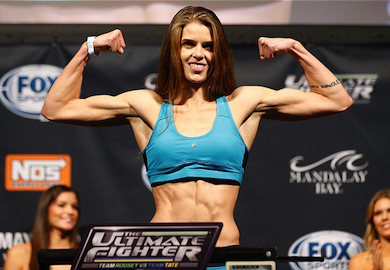 Correia made her octagon debut at December’s ‘UFC Fight Night 33′ in Australia, where she scored a split-decision win over Julie Kedzie to remain undefeated.

UFC 172 takes place April 26 at Baltimore Arena in Baltimore. The event is headlined by a light heavyweight title fight between current champ Jon Jones and number one contender Glover Teixeira.

Stay tuned for further updates regarding the UFC 172 event.