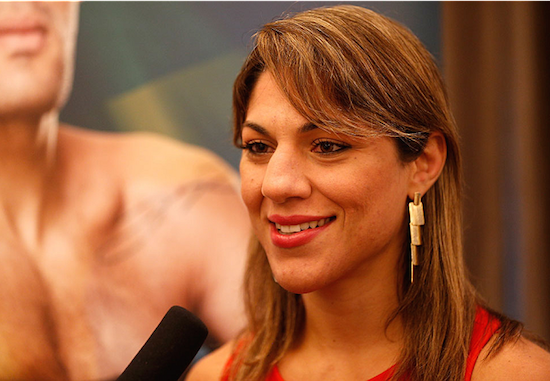 “They offered me to fight Miesha three times. The first date was in December, then January and February, but I couldn’t take it because I’m injured. I tried to convince my doctor to let me fight, but he said I can’t come back before March. I can fight King Kong in March, but I can’t fight before. I promised my fans that I would bring the title to Brazil,” she said. “I will knock out any top 5 in the first round. That’s a promise.”

In a recent interview with MMAFighting.com, Bethe Correia revealed that she was forced to decline a fight against Miesha Tate, due to injury.