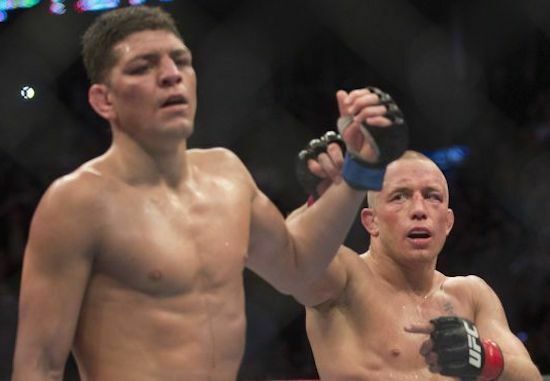 “He said a lot of things. He’s a very, very smart fighter. Behind his image and the character that he is, he’s very smart. My game plan when I fought him was to not fall into this. If I would have fallen into it and got into a slugfest with him, it would have been his fight. I would have fought his fight and he’d probably win. He’s the best at that kind of fight.”

“I believe that Diaz is very good in boxing. I believe a lot of his training is pure boxing. He’s probably the best boxer in mixed martial arts,” St-Pierre said. “If you make the fight a boxing fight, I believe he’s going to win.”