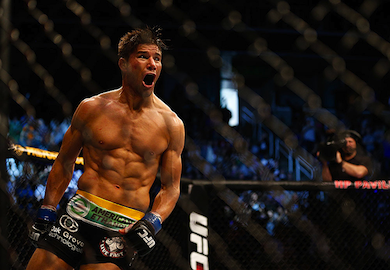 With lightweight champion Anthony Pettis out due to an injury, the man he was set to face off against will now fight the former champion. Josh Thomson will fight Benson Henderson in the headlining fight of  UFC on Fox 10.

Henderson is coming off of his lost to Pettis back in August, where he was submitted in the first round. Thomson was scheduled to fight for the title next month at UFC on Fox 9, but Pettis suffered an injury that could keep him out for an extended period of time.

UFC on Fox 10 will take place January 25 in Chicago at the United Center. The only other fight scheduled for the event so far is Jeremy Stephens vs. Darren Elkins.