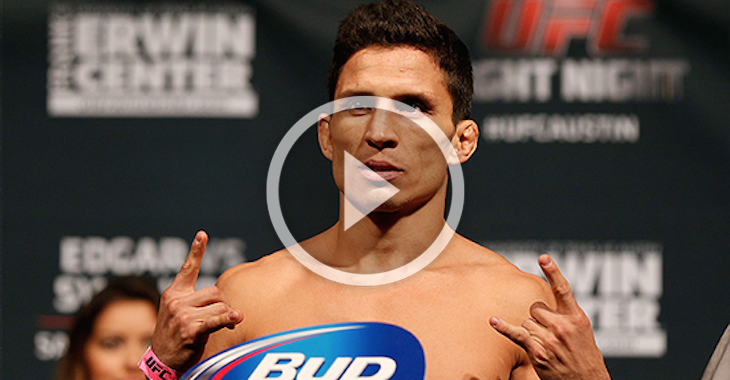 UFC flyweight Joseph Benavidez was a guest on Tuesdays episode of Stud Show Radio. While he was there he talked about his upcoming fight with John Moraga as well as this past Saturdays UFC event.

Benavidez commented on the big upsets of the night, where two champions lost their belts and also gave his opinion on the new member of the UFC’s flyweight division and possible future opponent Henry Cejudo.

Cejudo, who has struggled to make the 125 lb. weight limit in that past, weighed in right on the number this time and put on quite a dominate performance over past title challenger Chris Cariaso, eventually winning a unanimous decision.

When asked about the Olympic gold medalist, Benavidez had this to say:

“I thought it was solid. If I had to sum it down to one word, it was solid. Cariaso’s a good guy for him to beat. Like he should of beat him but he beat him how he should have beat him, pretty dominantly. I think he’s on his way to doing some pretty big things.

“I was scared for whoever was going to fight him, obviously I would have fought him and anyone would, but I was scared for the guy fighting him like not having a fight. When it comes down to it and getting all that training and him bowing out again. So making weight and performing, you can’t really say anything bad about that. His first fight at [1]25 he beat a title contender that’s been around and he looked pretty solid doing it. I didn’t see too many holes or anything.”