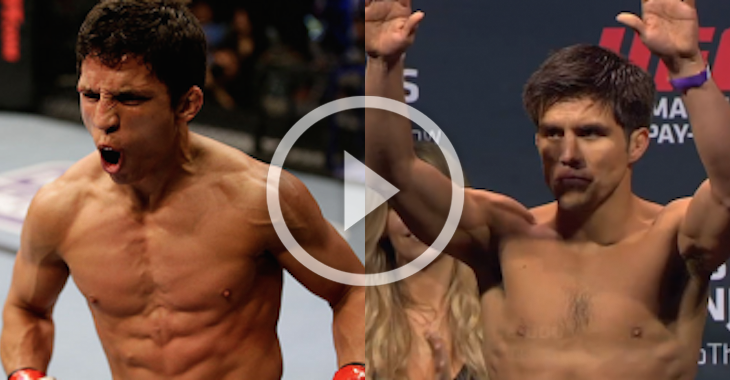 The reason? Apparently Cejudo has yet to agree on a date. It sounds like he was offered a fight with Benavidez on Sept. 5 for UFC 191, but declined the date.

Hear it from Benavidez himself:

“It was announced by other media sources, but it wasn’t official through the UFC and it’s still really not. I’m just trying to get a date. So Henry Cejudo, this freaking guy, says he wants to fight me. So cool that’s great, it’d be a good fight I think, but then they (UFC) say ‘OK let’s fight him on this day’–– and he’s like ‘oh, well not that day, I won’t be ready that day.'”

“Maybe he ate another bad taco. So I don’t really know, I’m just waiting. He’s trying to delay his beating I think, delay his first loss. It’ll be good for him, his first loss will be good for him.”
Stud Show Radio runs every Tuesday and Thursday at 8:00 PM PT. Watch past episodes at the official Stud Show Radio Youtube Channel, or visit StudShowRadio.com for more information.