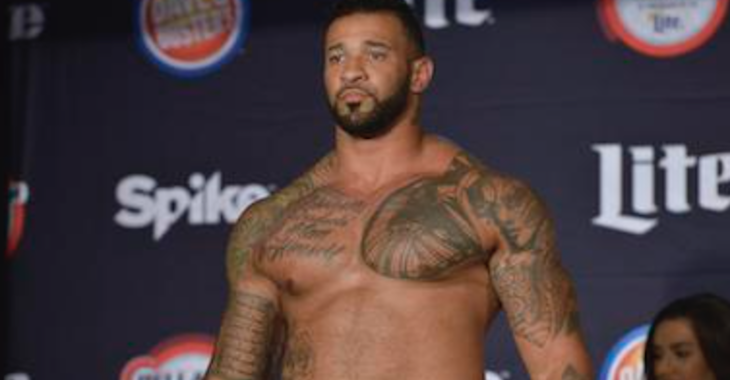 “You know, I don’t know what’s going on with the UFC, man. But definitely, cutting and IVs in my opinion makes sense. Some guys, they’re competing, they’re going through all this to make weight, for the promotion, for the contract that they signed. And now you’re penalizing the guy for getting his IV and being fully hydrated to fight the next day. That doesn’t make much sense to me.

“If that was me, I’d be outraged. I definitely, I would be in super trouble. Even with four or five bags of IVs, I still don’t ever truly feel 100% hydrated. But I can only imagine not having any IV bags, what I’d feel like.

“I don’t have much fat to cut. I’m cutting water and some muscle, so it’s definitely something that would steer me away from that promotion.”

Belltor 141, which goes down tonight, will feature the debut of heavyweight Lorenzo Hood. Ahead of the scrap Hood talked to Bloody Elbow about his career and plenty of other MMA topics.

One of those? The UFC’s upcoming ban on IVs for rehydrating after weigh-ins. Hood said that’s definitely something that could keep him far away from the UFC, because he couldn’t imagine trying to cut the weight he does without using an IV afterwards.