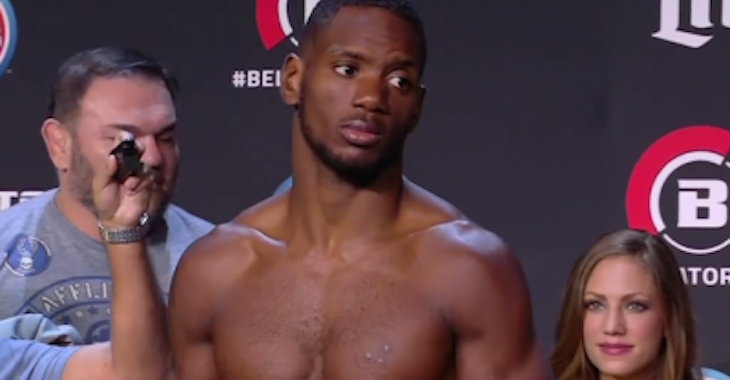 You might be an MMA champion in one of the biggest organization in the world, but if you curse while feuding with another fighter on Twitter you’re still going to get an angry call from your mom.

That’s what happened to Bellator MMA lightweight champion Will Brooks. You might remember he went off on the Bellator featherweight champion last week when Patricio ‘Pitbull’ took a shot at him for not being the main event at Bellator 145.

Brooks talked to MMAJunkie and said right after the feud he received a call from his mom, who wasn’t very happy with how he carried himself, mainly with the use of curse words.

“When mom tells me to stop doing something I shut it down quick.”

“I said I know you raised me better to approach in controlled manner and using language. But there’s one thing I’ve learned in this line of work. You can’t do the whole modest thing. You can’t just let guys walk over you, because when you do, it gets out of hand.”

“Not only the fighters, but promoters in other organizations. They subconsciously get a little comfortable.”