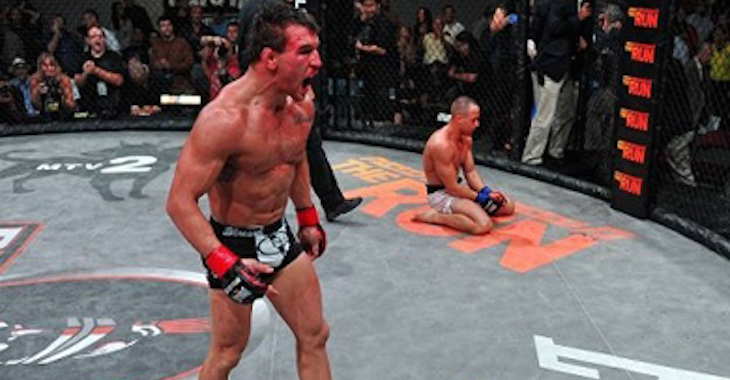 Michael Chandler was one the top fighter of Bellator and was the name you heard when fans talked about the face of a promotion. He defeated the likes of Eddie Alvarez, Patricky Freire and Akihiro Gono in spectacular fashion.

Now, Chandler is simply struggling to pick up a win. The former Bellator Lightweight Champion hasn’t picked up a win since 2013, but he is remaining positive and is confident that he is one of the best 155ers in the world.

“I pursue this passion with my best foot forward and whether I’m on a ten-fight win streak or three-fight losing streak, I’m still a very dangerous guy and I look at myself like I’m one of the best lightweights in the world,” Chandler told MMAWeekly.

Chandler continued to analyze his current streak of losses. “I’m just constantly trying to stay positive… In this sport there is going to be ups and downs, wins and losses, and they can happen sporadically or all at once. I feel I’m the best I’ve ever been, confident as I’ve ever been, and I still have a smile on my face.”

Chandler lost his Bellator Lightweight Championship to now-UFC fighter Eddie Alvarez in 2013. He went on to challenge Will Brooks for the championship twice after, but fell short of picking up a win. Regardless, Chandler is staying the course and hopes to pick up a win against Derek Campos at Bellator 139 in June.

“I think you do always have to realize that if you stay the course that eventually good things are going to happen, but I have made a few changes,” Chandler said. “I’ve gotten back to my roots and what’s going to make me the best fighter I can be and what’s going to put me in the best possible situation to win.”

Do you think Chandler is one of the best lightweights in the world? Will he ever regain Bellator gold? Share your thoughts in the comment section below!