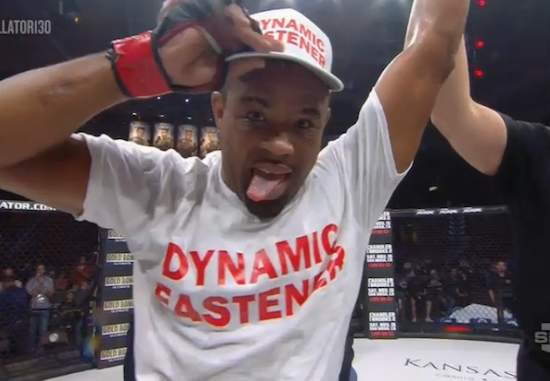 After a successful Bellator 131 event last night, Bellator is looking to keep the momentum rolling as the year draws to a close.

Bellator revealed four title fights in early 2015 via a press release, which was obtained by MMAMania.

To kick off the new year Bellator will hold Bellator 132 on January 16th, which will feature Patricio Freire as he defends his featherweight championship against former champion Daniel Straus. That event will go down in Temecula California.

Next up is Bellator 133, which will take place on February 27th in Uncasville Connecticut. Bellator 133 will feature two title bouts, with the first being between Douglas Lima as he defends his welterweight strap against heavy-hitter Paul ‘Semtex’ Daley. The second title bout of the night will take place between Emanuel Newton as he defends his light heavyweight bout against Liam McGeary.

Last but certainly not least of the announced cards is Bellator 134, which will take place March 27th from Oklahoma, where Joe Warren will defend his bantamweight title against Marcos Galvao.