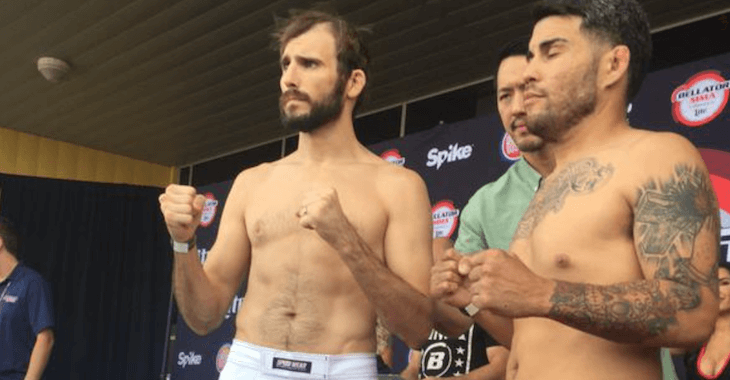 All did not go well at today’s Bellator 143 weigh-ins. Actually everyone managed to make weight, except one. But that one missed weight by a lot, and I mean a lot.

Nick Gonzalez, who was scheduled to fight Ryan Couture in a lightweight fight (lightweight!), ended up stepping on the scale and coming in at 172.75. To be clear, that’s missing weight for a welterweight fight as well. I mean, there’s bad weight cuts and then there’s not even giving a damn.

The fight was scrapped by Bellator and Couture will still receive his money. In a tweet Couture announced the news to his fans, than in a comment said that Bellator is taking good care of him.

Unfortunately my fight tomorrow has been cancelled because my opponent missed weight by 17 lbs. I guess I'll be a spectator at #Bellator143

17 pounds? You came into a fight 17 pounds overweight?

It’s not clear if there will be any repercussions for Gonzalez’s epic failure, but it’s probably safe to say Bellator is not pleased right now.