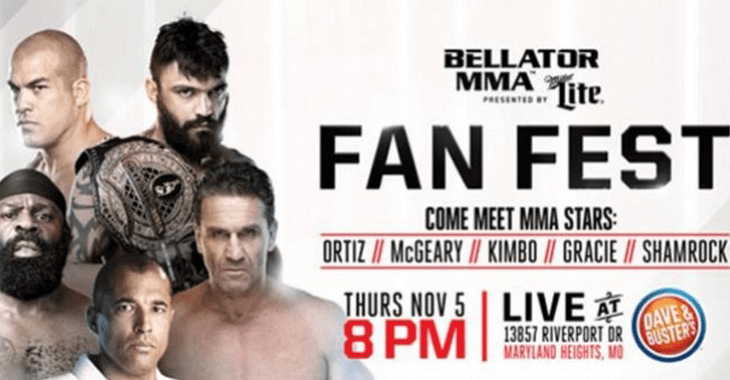 Another legendary Bellator Fan Fest is being held this week to tie in with their Bellator 145 event on Friday, Nov 6.

MMA stars Ken Shamrock, Royce Gracie, Kimbo Slice, Tito Ortiz and light heavyweight champion Liam McGeary are set to be in attendance at the event being held at the Dave & Buster’s in Maryland Heights, Missouri. Former WWF champion Kurt Angle was also announced to make an appearance at the Fan Fest.

Click for more information on the Bellator Fan Fest and registration.