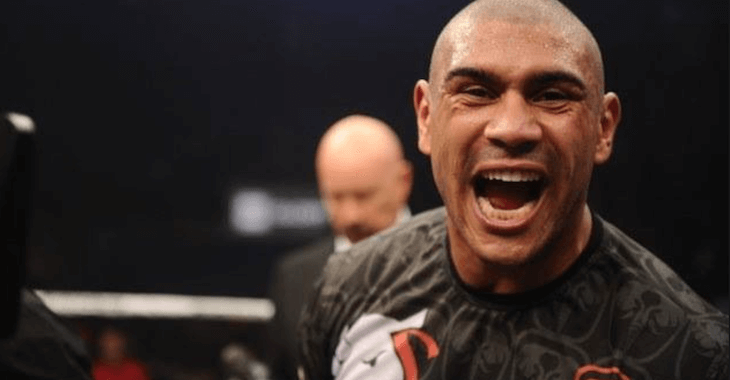 Cavalari seemed to be the aggressor, landing some nice kicks to start the fight. The real action started in the second round. Cavalari came out with a bunch go heavy kicks to the body and leg. At one point it looked like Zack might have gotten hurt. He also dropped him with a big head kick, but that might have been more of a slip. They continued to scrap. Towards the mid point of the round the referee stopped it and took a point from Cavalari, for holding? That was weird.

Zack seemed to pick it up in the third, and was way more aggressive. He landed some hard shots. He did go down at one point, not sure if he was hurt or just off balance.

The fourth was full of trips and takedowns, as in, kicking the leg out from under your opponent and making them fall. Both guys had their turn on the canvas. It still seemed like Cavalari was getting the better of things.

In the fifth Cavalari put together some real nice punch to kick combos. I mean I guess if you’re a big fan of kickboxing then this was an OK match. Zach went down after a leg kick tripped him up. They clinched a lot more in the final round, that’s what happens when you’re tired.