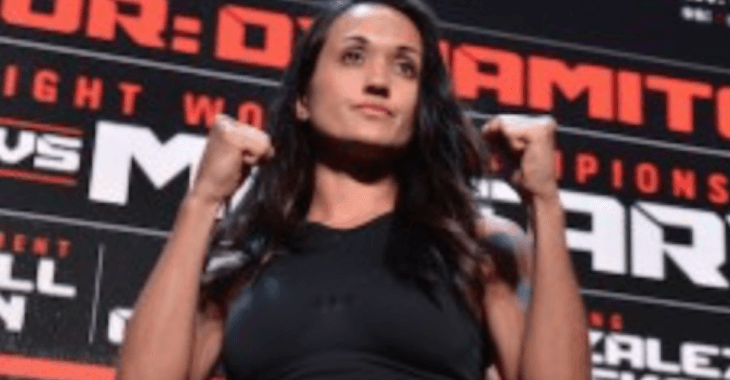 Melendez came out firing, landing leg kicks than a body kick. Early on, it was clear Melendez was the more aggressive fighter. While Griffith threw out soft jabs, Melendez was putting together quick and powerful combos. Yup, this was pretty lopsided. In the first it was all Melendez, basically beating the carp out Griffith who seemed stiff and wooden (that’s a Conor McGregor quote).

The second was all Melendez as well. She literally beat up Griffith. She landed just about everything she threw. Griffith barely even through anything, just plotted around and ate some brutal leg kicks. It seemed at a few moments that if Melendez pushed a little more she could probably finish it.

The destruction continued in the third. Melendez was just better, there really isn’t any other way to put it. She was more active, aggressive, accurate, anything you could thing of, she was more of it.

Great debut for Melendez, excited to see her MMA debut.