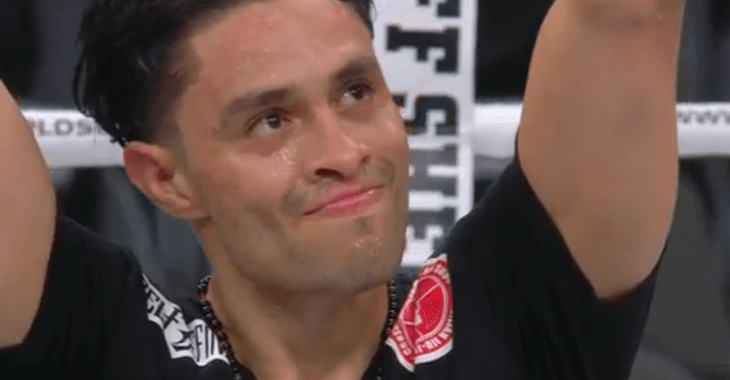 In the first GLORY kickboxing match of the night we saw Jose Palacios tale on TJ Arcengal.

TJ landa a few nice front body kicks early. Both fighters start fast. Jose lands a nice leg kick. These guys really went for it. TJ landed a few teak kicks. Both fighters took turns landing leg kicks. TJ comes in with a sweeping right hand. Both guys landed some nasty leg kicks. TJ landed with a nice one-two combo. Spinning back fist just missed from Jose before the round ended. It was close that round.

Things really turned up in the second round. TJ came out with a muay thai stance, bouncing that front leg. Jose got after it, getting TJ in a corner and landed a clean punch kick combo. Jose keeps landing his left leg kick. The second round was much more in favor of Jose.

In the third we saw a groin kick halt the action early on. Then shortly after that Jose threw and partially landed a big flying knee. Moments later TJ went for his own knee. TJ kept landing the front body kick. The story on the fight?