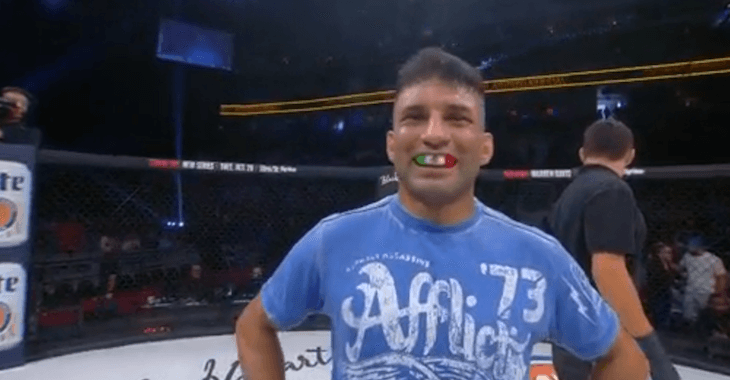 The first round most likely went to Gabe Carrasco. Joe Neal had issues with his footing and slipped on a few occasions. Carrasco stayed busy, and for the most part seemed to be the aggressor.

In the second round Carrasco really came out on fire. He landed some nice body kicks early. Neal continued to slip almost every time he threw punch or got hit. He just didn’t seem to have his legs underneath him. Carrasco didn’t really look to take advantage of that though. Carrasco landed a few nice leg kicks. Eventually Neal shot in for a takedown. He pushed him to the cage. Carrasco was warned about grabbing the cage. They broke away. Neal really couldn’t do anything to get Carrasco out of his rhythm.

Early on in the third round Neal shot in for a takedown but was unsuccessful once again. They exchanged then Neal again shot in. Carrasco sprawled and went back to his feet. Big body kick landed for Carrasco. Carrasco threw a spinning kick but missed. The fight really belonged to Carrasco, just because he was more solid, kept a rhythm throughout the whole fight. Landed nice one two strikes, kept Neal from taking him down and just kept his movement up.