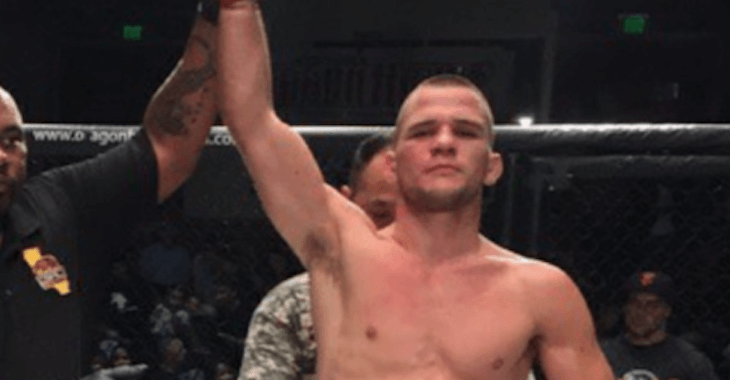 In the first round the story was Adam Piccolotti moving backwards while Salvador Becerra moved in and seemed to land first with his range.

In the second Becerra kept landing big strikes. Eventually Piccolotti made the decision to get it to the ground. He got the takedown pretty easily and from there went right to working for a choke. He managed to get to Becerra’s back and went for a rear naked choke. It ended up being more of a neck crank and after trying to hold on, Becerra was force to tap.

Quite the win for Piccolotti who clearly was getting beat in the first round. As soon as he decided to take it to the ground though it was basically a wrap.

RESULT: Piccolotti wins via submission (neck crank) at 1:47 of round 2