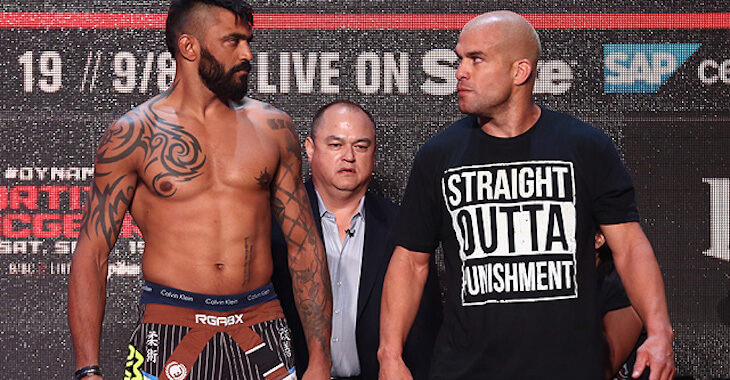 Bellator’s massive cross-promotional event ‘Dynamite’ goes down tonight in San Jose, California and will feature both MMA fights in the cage and GLORY kickboxing matches in the ring, which will be right next to each other.

For the most part the fights will take place one after the other, but for a few on the prelims we’ll get to see simultaneous action going in the cage and the ring.

On the main card, a four-man, one-night light heavyweight tournament will go down and include Phil Davis, Emanuel Newton, ‘King Mo’ Lawal and Linton Vassell.

The title will be on the line in the night’s main event when undefeated champ Liam McGeary takes on ‘The Huntington Beach Bad Boy’ Tito Ortiz, who comes in on a two fight win streak.

We’ll have all the latest live results and updates throughout the night!