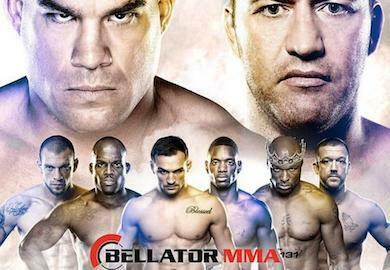 Under the Bjorn Rebney regime, one would expect such treatment of Will Brooks, but I must admit, similar gameplay under Coker’s watch is a bit surprising.

The promotion’s interim lightweight champ (and only champion of the division, following the departure of Eddie Alvarez), Will Brooks, pictured behind Michael Chandler above, is tired of being disrespected by his promotional home of Bellator. Can you blame him?

The American top Team Fighter took to twitter with his case:

Can anyone see my belt in any of the Bellator 131 posters? Interim title or not I should be promoted as a champion bottom line.