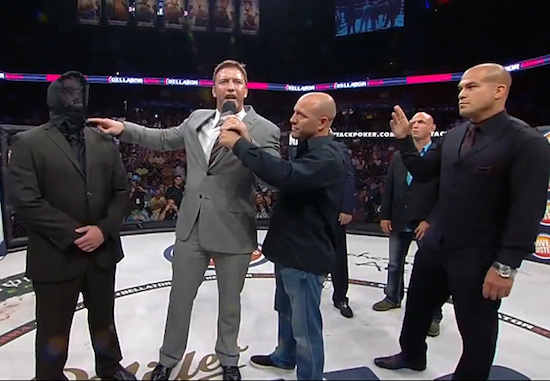 “I think that just put an ugly look on the promotion. That approach [Bonnar] was allowed to take as far as bringing in his buddy [former UFC talent Justin McCully], doing that whole pro wrestling skit type of deal, I think that really turned a lot of people off. That’s not fair to the other guys in the organization. It’s just not professional; it’s not the way you should do things. To have that as the main event, I think a lot of fans are turned off by it.”

In a recent interview with sherdog.com, Bellator lightweight champion Will Brooks discussed the pro-wrestling antics of Stephan Bonnar.