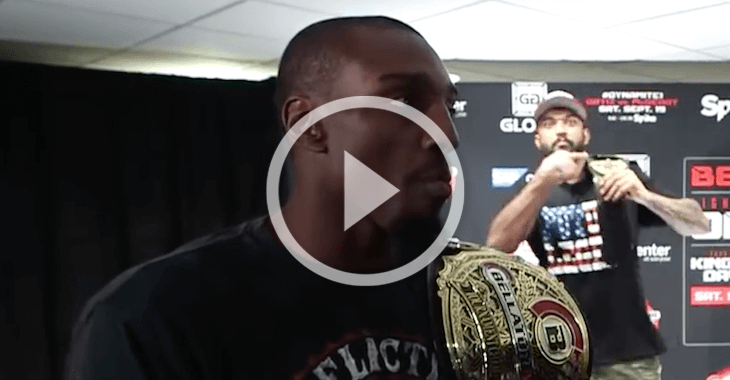 The fight started out with Ortiz getting an early takedown and it looked like it was going to be a classic Tito fight, full of ground and pound and top control. However, McGeary had different plans.

Out of nowhere he threw up his long legs and locked up an inverted triangle. It didn’t take long before Ortiz was forced to tap out. Before the fight even happened, he already knew who he would be facing next if he beat Ortiz. In the co-main event, former UFC fighter Phil Davis won the one-night tournament and earned the next title shot.

After the fight, backstage, Davis was doing a post-fight interview and McGeary happened to be standing in the background. He realized he was on the camera and, well, had a lot of fun with it.