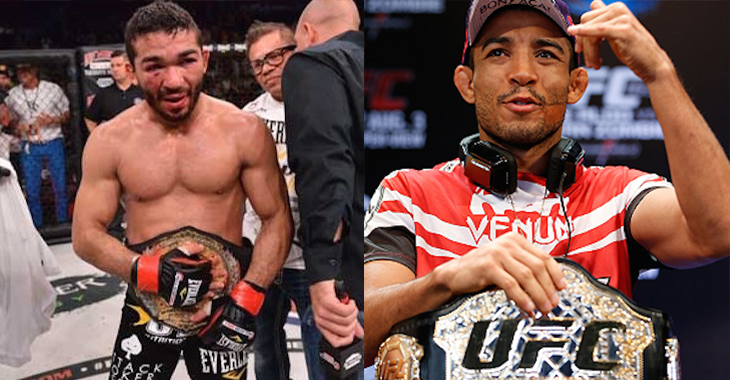 Jose Aldo has been the king of the featherweight division for several years. Every challenger that has tried to dethrone him of his role as champion has failed. However, a champion of another organization believes he has what it takes to beat Aldo: Patricio “Pitbull” Freire.

The Bellator Featherweight Champion has not suffered a loss in mixed martial arts since his controversial split decision with Pat Curran in 2013. Since that loss, though, “Pitbull” has gone on a seven-win streak which saw him defend his title twice.

“I’m at the top. You can rank Aldo and no one else ahead of me right now,” Freire told the Brazilian media in an interview. “But not for long. I’m positive I’d beat Aldo. Some of the guys people say would beat me I just shake my head and ask myself if they’re serious. Look, I have 26 fights, should be 26-0. I have been dominant in 90 percent of those. I haven’t been fighting scrubs. Ever since I began I fought the toughest guys that they could put in front of me. Now because of my last two fights people want to write me off? Fights that I won, by the way.”

Who do you think would win in this dream match? Who in the UFC would “Pitbull” match up with better? Share your thoughts in the comment section below!