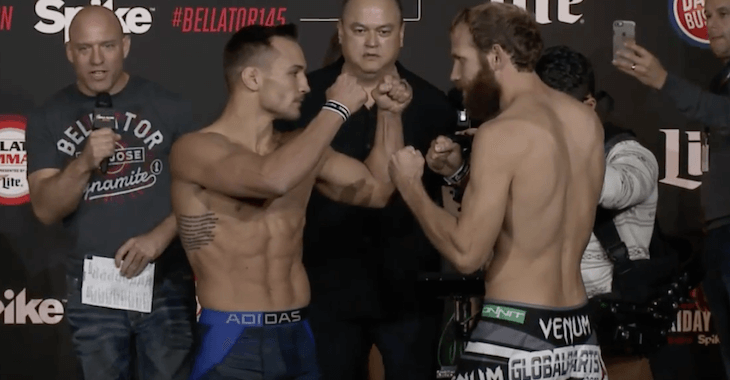 It was a bloody fight between Michael Chandler and David Rickels that saw Rickels bloodied and in a bad position against the cage.

Chandler poured on the ground & pound while Rickels offered little in the way of defense, forcing the referee to stop the fight.