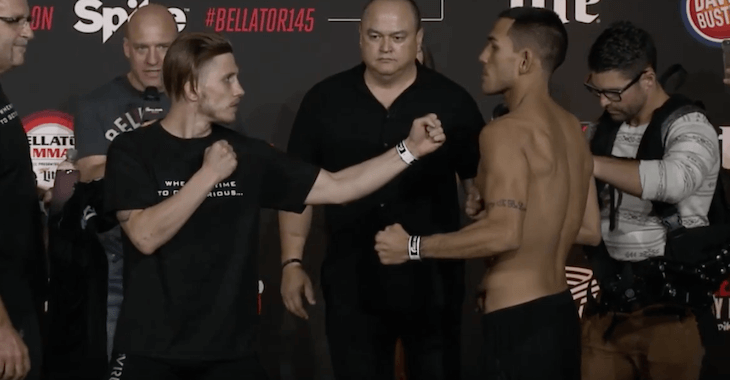 It was a back and forth battle between Emmanuel Sanchez and Justin Lawrence to kick off the main card of Bellator 145 on Spike TV this evening.

The judges scored the bout in favor of Emmanuel Sanchez, who won the fight via decision.