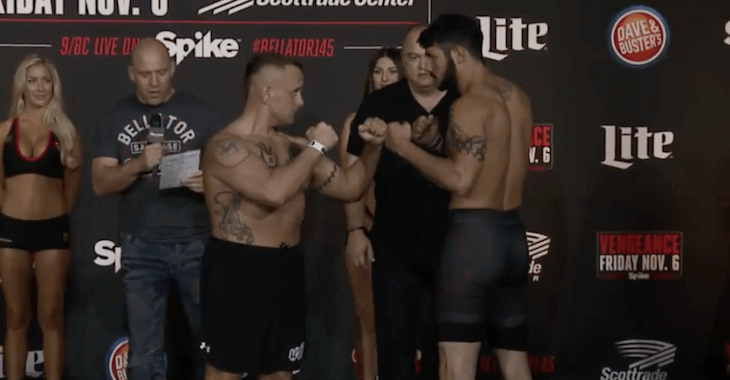 Kain Royer kept the ball rolling on the Bellator 145 preliminary card. After getting caught in a bad position early Royer fought out of a rear naked choke and a triangle choke.

Ultimately, he secured a modified toe hold, giving him the submission win!