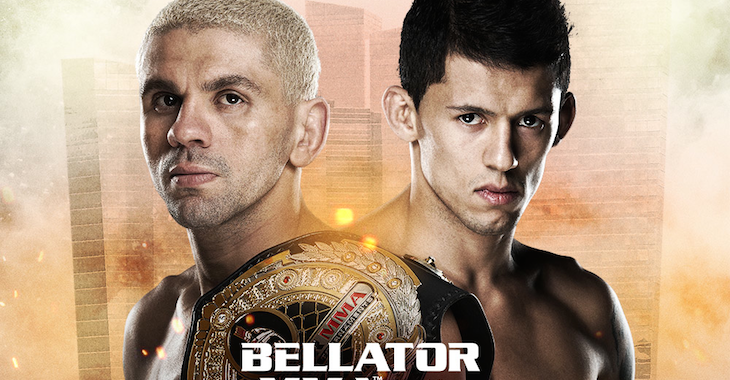 Bellator MMA today announced that their 144th event will feature a main event between Bantamweight champion Marcos “Loro” Galvao and challenger, and former champion, Eduardo “Dudu” Dantas. The fight will be a rematch from a past bout and will headline the card, which will take place on Oct. 23 in Uncasville, Conn.

SANTA MONICA, Calif. (August 12, 2015) – Bellator MMA’s Bantamweight Championship will be on the line in a rematch pitting Marcos “Loro” Galvao (17-6-1) and former champion Eduardo “Dudu” Dantas (17-4) against one another at Mohegan Sun Arena in Uncasville, Conn., on October 23.

The bout between the former teammates will serve as the main event of “Bellator 144: Galvao vs. Dantas,” which airs live on Spike at 9 p.m. ET/8 p.m. CT, while preliminary bouts will stream on Spike.com at 7 p.m. ET. Additional fights will be announced shortly.