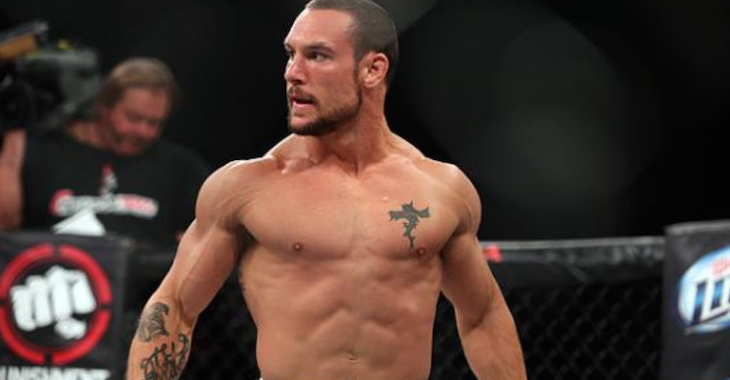 In the night’s main event we got to see former UFC lightweight Melvin Guillard step into the Bellator cage for the first time, to face Brandon Girtz.

They both felt each other out for a while, then Girtz exploded and threw a massive punch, grabbed Guillard, picked him up and slammed him to the mat. Guillard got to his feet quick, but Girtz stayed on him and got him back to the mat.

From there he worked from side control. He landed elbow to the body of Guillard. He threatened with a kimura. But kept letting it go to land knees and elbows. Guillard really didn’t have a solution for how to get up to this fee, or even back to full guard. He basically just lay there, trying to avoid big strikes. Girtz literally stayed in side control for the rest of the round, dominating Guillard who looked fine with just laying there.

In the second it was a lot of feints again. Wow, again Girtz got ahold of Guillard, picked him up over his head and slammed him down. After a brief stint on the ground they go back to their feet. With two minutes left in the second round. Gillard had really done nothing in the fight so far. He finally came forward with a burst of punches, but didn’t land anything too significant. He did manage to land a big right hand with about 45 seconds left in the round, then got taken down. They back up and Guillard finally started turing things up on the feet.

Girtz looked for takedown early in the third and got it easily. From there he worked from half guard. Then Girtz moved to full guard and started to land more punches. Guillard tried to land elbows from the bottom, but, he was on the bottom. Then they returned to their feet. Guillard went for a big flying knee that was mostly blocked. It looked like Girtz was tired and Guillard was starting to land. Still, Girtz got another takedown. The fight ended. Disappointing debut for The Young Assassin.