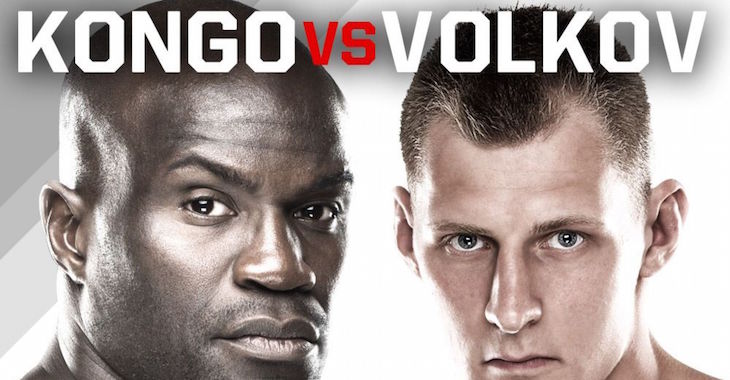 Bellator 139: Kongo vs. Volkov is in the books and the night saw several action packed fights and highlight reel finishes.

Most impressive and shocking was Hisaki Kato’s perfect superman punch KO of Joe Schilling. Schilling, being the talented striker that he is, suffered a huge KO that will probably be on Bellator promos for a long time. Kato came out in the second round and landed it right away, sending Schilling flopping back and bouncing off the canvas.

Hometown fighter David Rickels was on his way to getting a TKO win until he landed an illegal knee that stopped the fight and forced a NO Contest.

In the main event, Kongo used takedowns and ground and pound to secure a lopsided unanimous decision over Volkov.