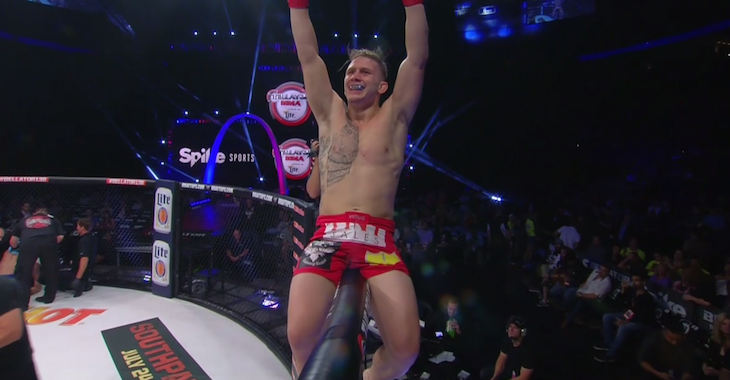 The featherweights entered the cage when Justin Lawrence took on Sean Wilson.

Lawrence used his karate type style early on, with front kicks. Wilson looked to counter Lawrence but Lawrence stayed patient with his striking.

The two exchanged for most of the round, until Lawrence landed a big knee that rocked Wilson. Lawrence swooped in and jumped on Wilson.

He worked from the top, landing strikes to the turtled up Wilson. Wilson managed to survive a little longer. He moved away but Lawrence stayed on top of him and started landing massive elbows over and over again until the referee stopped the fight.