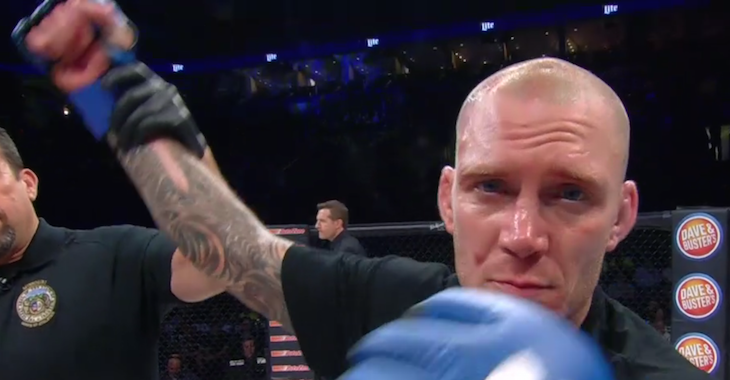 Justin Guthrie took on Steven Mann in a welterweight scrap.

Mann took the fight to the ground quickly, after almost locking in a guillotine choke. He moved fast and got to Guthrie’s back. From there he worked to lock in a rear naked choke. Guthrie did a good job defending. Mann locked in a body triangle and continued to work for the choked. Guthrie was able to keep Mann from locking it in, then with 15 minutes left, Guthrie made a move and got free and ended up on top before the bell rang.

Right at the start of the second, Mann landed a big knee that rocked Guthrie. Right away Guthrie went in for a takedown and got it, working from half guard.

Guthrie locked in a darce choke out of nowhere and forced Mann to tap, another comeback for the night.

RESULTS: Guthrie wins via submission (darce choke) at 1:09 of round 2