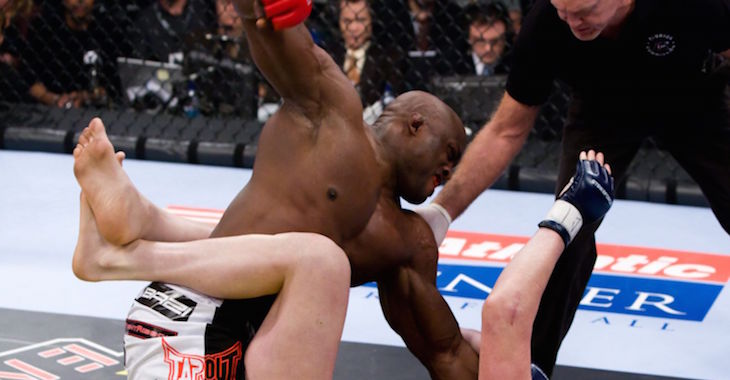 The heavyweights stepped into the Bellator cage when Bobby Lashley fought Dan Charles.

In the second Charles came out with a head kick, that was blocked. Lashley came in for a takedown and ate a knee to the body. He got him down. Charles tried to grab an arm of Lashley’s, but got picked up and slammed again. Lashley continued to slam Charles over and over again. Really the fight could have been stopped half way through the second. Lashley kept slamming Charles and landing big punches to his head. Charles just basically laid there and took it.