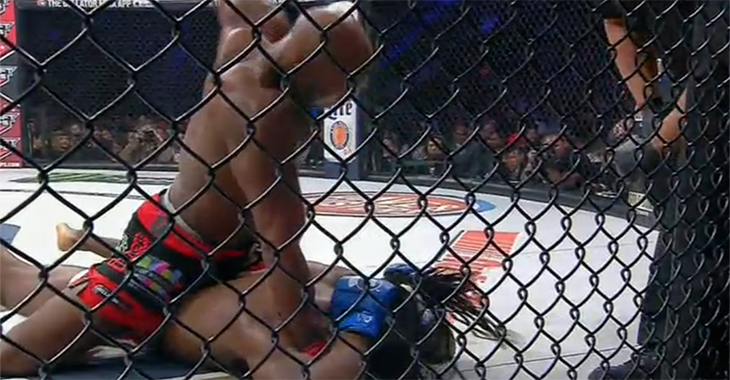 Linton Vassell gained the victory in one of the least exciting fights of the evening, at no fault of Vassell. Vassell was able to take the fight anywhere he wanted and Sokoudjou barely put up a fight in this two round beatdown.

Vassell was able to avoid the superior striking of Sokoudjou by taking the fight to the mat with his takedowns. Sokoudjou tried to fight off the shoots, but Vassell stuck with it and took him down at will. While on the mat, Sokoudjou gave up his back several times and showed no fight in the second round.

Vassell gained back control and fired off punches to the side of Sokoudjou’s head. Sokoudjou simply turtled up and did not improve his position which forced the referee to step in and wave the fight off.

Linton Vassell def. Rameau Thierry Sokoudjou by way of TKO (Strikes) 3:18 of Round 2