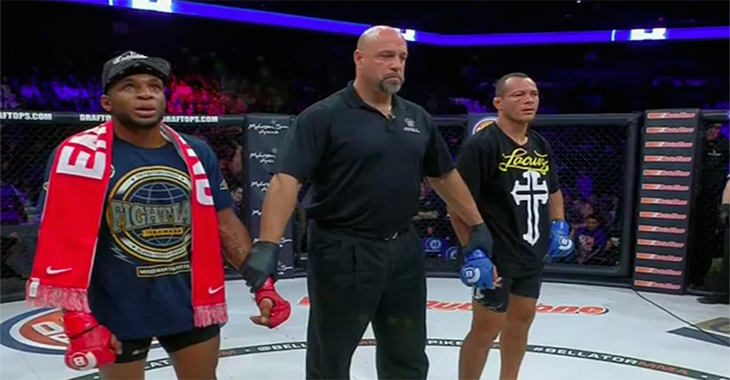 Paul Daley made a triumphant return to the Bellator cage tonight as he defeated Andre Santos in easy fashion. Both men seemed to have suffered from fatigue late in the first round and it hindered their performance throughout the fight.

Daley was able to cut off most of Santos’ takedowns and combinations by attacking first. Daley mixed it up from the start and held off on the knockout strikes by attacking the body of Santos, keeping him guessing by changing levels. There were moments where Santos caught Daley off guard with a punch, but it either did nothing or Daley was able to quickly counter with something more effective.

Santos seemed to rally back at the end of the fight where he gained top control twice after landing takedowns, but nothing came of it and Daley was saved by the bell.