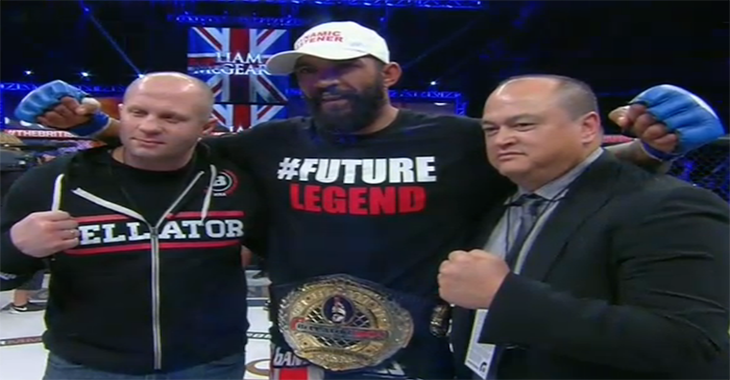 The first round was one of the most exciting first rounds mixed martial arts fans have seen all year. It looked as if Newton had the upperhand when he decided to take the fight to the ground, but McGeary trapped him in a triangle choke. Newton’s arm was out of place so he could not be choked, but that did not stop McGeary from trying to submit him. McGeary threw up a slew of submissions including an inverted triangle, kimura, armbar and a key-lock but Newton was game and perfectly defended every attempt. By the end of the round, Newton had turned the tables and gained top control!

McGeary seemed to be okay with letting Newton take the fight to the ground because he could throw submissions up from his back with no problems. However, McGeary kept switching submissions in the middle of his attempts so he was never finishing anything. In the end, it looked like Newton had top control and kept escaping submissions. McGeary would see clear advantages on the ground, but rounds two and three were more equal than it looked.

After four rounds of action, it could be argued that it was two rounds a piece and whoever won the fifth would walk out with the Bellator Light Heavyweight Championship. McGeary was taken down early on in the round, but he never took any serious damage off of his back as Newton’s ground and pound was lacking. McGeary still worked for submissions off of his back, but was not able to lock anything up.

When the judges’ decision was read, even McGeary seemed to be surprised he won! It was a close fight where either man could have won and I would not be surprised if there was a rematch!