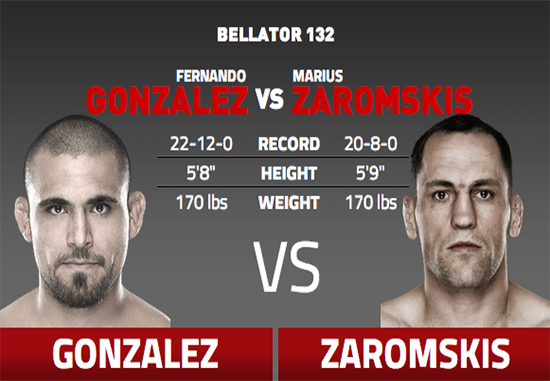 Fernando Gonzalez did not look amazing in tonight’s opening bout of the main card, but he looked a LOT better than Marius Zaromskis.

Zaromskis’ cardio expired after the first round and it sapped the power out of the majority of his punches. He landed an impressive spinning backfist in the second round, but it landed on the neck of Gonzeles. If it had landed a couple inches higher, it could have been a knock out blow.

Gonzalez was exhausted as well, but he utilized the cage to get the judges on his side. His cage control and ability to dictate where the fight went for the final two rounds gave Gonzalez a clear two-point lead for the judges’ decision, and it was no surprised when his hand was raised in victory.