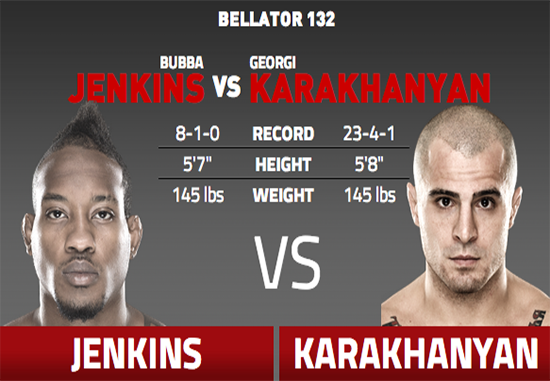 Georgi Karakhanyan put Bubba Jenkins to sleep in the first round and proved to be the superior grappler tonight.

Jenkins shot for two takedowns in the opening round and got trapped in a guillotine both times. He was able to escape the first attempt, but Karakhanyan made sure he was not going anywhere the second time around. Jenkins tried to peel Karakhanyan’s arm off from his neck, but he passed out before he could do so.

Jenkins stiffened up when he passed out, so it looked like he was still trying to escape the hold. Herb Dean thought he was still awake, but Karakhanyan knew otherwise. He yelled to Dean multiple times that Jenkins was out cold and Dean finally waved the fight off after a few uncomfortable seconds.

Georgi Karakhanyan def. Bubba Jenkins by way of Submission (Guillotine) 1:49 of Round 1