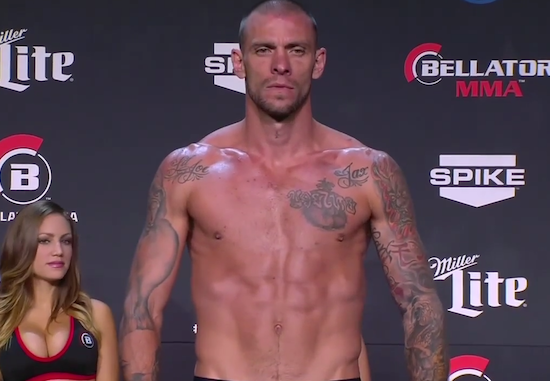 This bout could have possibly taken place at “GLORY 17: Last Man Standing” earlier this year. Both Schilling and Manhoef competed in the one night kickboxing tournament, but Manhoef would lose in the quarterfinals. Schilling, however, made it to the finals only to lose to Artem Levin. This bout was strike heavy and may as well have taken place inside GLORY’s ring.

After a long feeling out process, Schilling fired off the first few strikes but found no success. Manhoef tried to fire away with leg kicks, but Schilling was prepared and checked the majority of them. Manhoef knocked Schilling silly and almost put the fight away early, but Schilling showed great resilience and made it to the end of the round.

Joe Schilling bombarded Melvin Manhoef with a barrage of strikes that caused Manhoef to back up. Manhoef tried to escape the danger by pressing Schilling up against the fence, but Schilling rocked him with a right hook. Manhoef’s eyes glazed over, then Schilling followed up with a left straight that sent him crashing to the mat.

Schilling stood over Manhoef and debated firing off more shots, but the referee stepped in and stopped the action right away.

Joe Schilling def. Melvin Manhoef by way of KO (Punches) :36 of Round 2