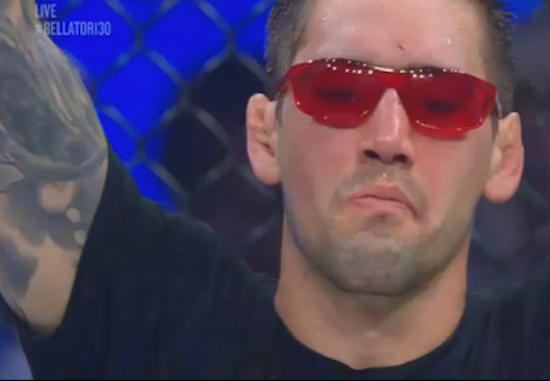 Rick Hawn and Dave Jansen pulled the curtain on tonight’s broadcast of “Bellator 130” on Spike TV. The fight was not as exciting as most of the preliminary bouts as neither fighter really found a comfortable striking distance.

The crowd voiced their disapproval due to the lack of action, but Hawn and Jansen put on a decent kickboxing display. Jansen stepped into striking range in the second and third rounds and started to land some brutal leg kicks in the final seven minutes of the fight. Hawn was able to check some of them, but they still bruised his leg badly.

After he was announced the victor, Dave “The Future” Jansen said it only made sense for him to fight for the lightweight title next.