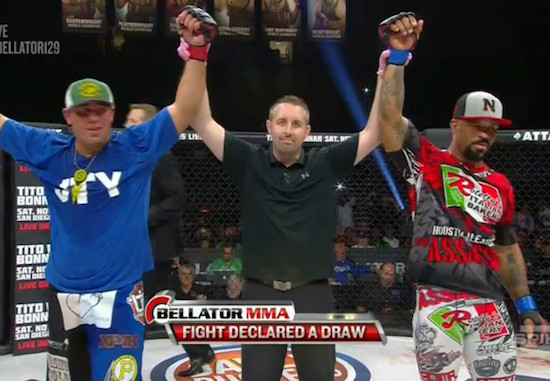 Virgil Zwicker ate two illegal headbutts in the first and third rounds, and Houston Alexander was punished with a point deduction in the final five minutes of the fight.

Alexander was able to take Zwicker down anytime he wanted, however he was not able to build up a decisive amount of offense until the third round. As previously mentioned, the clearest shots Alexander landed while trying to implement his ground and pound were two headbutts.

While standing, it was a brawl that saw both men land their fair share of powerful punches. Zwicker was clearly outclassed and if it weren’t for the illegal blows, Alexander would have won by way of unanimous decision.